Melodies and Path to the Supreme…

“Vibration was the first original aspect of Brahmâ, the creator. Every impulse, every action on any plane of existence has its origin in the one source.”

Last time we got introduced to the Indian classical system of music. We talked about Râgas, which formed the basis of the music and how the melodies evoked emotions and relate our minds with nature.

However these different Râgas have their roots in the Hindu scriptures, the Vedas and the Upanishads. Music is an integral part of Hinduism, while acting as a conduit for worshipers to engage with for spiritual growth.

The very heart of Indian music is the râga – which refers to the melody and tâla – which refers to the rhythm. In the Indian classical music sphere, ragas are many and each has its distinctive qualities. he seven swaras (Notes) of music – Sa, Re, Ga, Ma, Pa, Dha, Ni represent  the different deities: SA – Agni, RE – Brahmâ, GA – Saraswati, MA – Shiva, PA – Vishnu, DHA – Ganesha, NI – Surya. 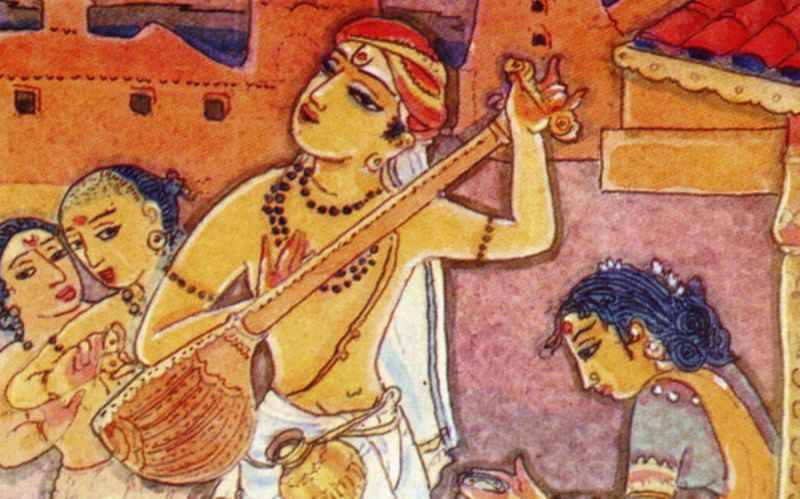 According to some scriptures, the entire creation of God is based on the Nâda (Sound) Brahmâ. Mystics say that this creative sound is God Himself in dynamic action. God is the center of all existence. He is one, at rest, motionless, undifferentiated, silent and pure. His act of creation is really an act of projection or emanation. He makes waves within himself and it is this primary wave or motion from which all other motion is derived, and by which it is actively sustained, in his sound. It is also called his word, and by many other names. 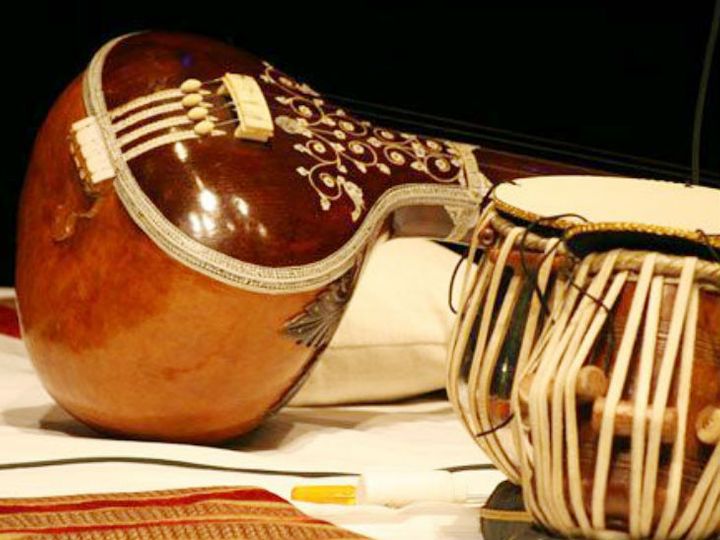 The Vedanta speaks of Nada Brahman, Sound-God, meaning that the word or sound or vibration was the creative aspect of God, which shows that the mystic does not differ much from the scientist who says that movement is the basis of the whole creation. When one finds this similarity between the conception of the scientists of today and that of the mystics, the teachers

of ancient times, one begins to agree with Solomon that there is nothing new under the sun. The difference is that the mystics of ancient times did not make a limit called movement or vibration, but they traced its source to the Divine Spirit.

As is well known, man’s creation is the best of creations of God. Man is being treated as best creation of God among all other creations in this universe, because man’s soul is connected to the Nada Brahma. The soul has the capacity to hear Nada through concentration and meditation. It is said that not only human beings get attracted to the nada but also animals, birds and trees get attracted to nada. So music is a great source to experience such internal sounds or to reach the Nada brahma.

There are many saints, Nada yogis who experienced such great devotional and ultimate spiritual ecstasy like saint Tyagaraja of the south of India (a great  musicologist, composer and nada yogi of 17th century). All  his compositions [kriti or kirtana] are filled with devotion, and cover every aspect of the art, musical criticism, elucidation of musical concepts, the best way to practice music, music as a help to spiritual effort and above all, music itself as a Yoga and a Siddhi, a path and a realization. Also sages, seers like

Sarangdev, Mathanga muni etc gave deeper sense about nada and music. Apart from this the saints of the north as well as south of India, the pioneers of the bhakti movement, like saint Kabir, Guru Nanak, Meera, Tulasi Das, Dikshitar, Annamacharya, Ramadas, Sadasiva brahmendra etc had

Please enjoy a beautiful Meera Bhajan(Devotional Song) which will touch your Soul:

is the Contributing Editor of the Music Page

Abhishek lives in Holland and is an excellent musician. He is also devoted to the ideals of Sri Ramakrishna, Mother and Swamiji.