The Ramayana is the oldest and most famous epic of Hinduism. The author, Valmiki, writes that one day he was visited by  the saint Narada. In the course of their conversation he had asked his visitor which of all the heroes who have lived on earth was the most excellent in all respects. What he then heard inspired him to write the Ramayana; 24,000 verses, written in Sanskrit (The Valmiki Ramayana, Baroda, 1958-1967). 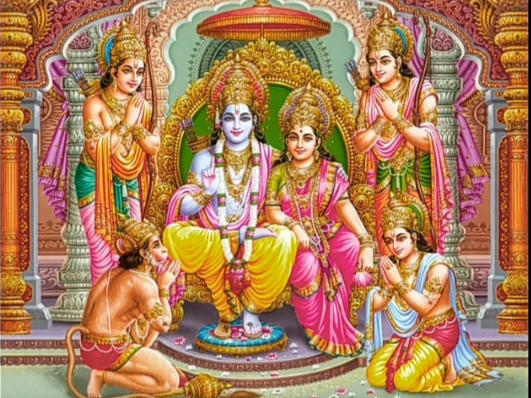 Romesh C. Dutt (1848-1909) abridged the Ramayana to 2,000 verses and made a metrical English translation (The Ramayana, condensed, 1899). In his afterword he writes: “To know the Ramayana is to understand the Indian people better.” He compares the Ramayana, the story of Valmiki about the wanderings of the exiled Prince Rama, with the Greek epic the Odyssey, the story Homer wrote about the wanderings of King Odysseus after the war with Troy. Both are myths. They are not ‘true’ stories, but they point to a truth. Myths can be edited and translated without losing their expressiveness.

For example, Euripides wrote a play in which Helena – whose undisputed beauty and alleged infidelity had prompted the Greeks’ war with the Trojans – had never been to Troy. That was an appearance. She herself had been brought to Egypt by the god Hermes before Paris could take her to Troy.

The author of the ‘Adhyatma Ramayana’ made a similar intervention to shed light on the theme: ‘appearance/reality of damaged male honor’. The ‘Sita’ who, after her abduction by Ravana and liberation by Rama, had to undergo a trial by fire to prove her unblemished purity, is in this version ‘Maya-Sita’ a ‘stand-in’. She was replaced by the real Sita after the good outcome.

The Adhyatma Ramayana is also called the “spiritual” Ramayana. Rama is here not “the most exemplary of men”, but the Supreme Brahman and also a Personal God, Isvara, worshiped by those who strive for knowledge. The Adhyatma Ramayana teaches that jnana yoga and bhakti yoga [the path of knowledge and the path of devotion] are not just compatible, but they go together. Non-duality is the ultimate truth, but it is realized by acquiring knowledge and opening oneself to God’s grace. Swami Tapasyananda sees in the Adhyatma Ramayana an elaboration of the end of the Svestasvatara Upanishad: “It is only in one who has supreme devotion to God and to his spiritual teacher that this Truth (knowledge of the non-dual Self) when taught, will shine.” [Adhyatma Ramayana, Introduction and English translation, Madras 1985, p. vi, re].

Once Sri Ramakrishna was asked the question, “Sir, what is the difference between worldly and other-worldly things?” [p. 342] And later: “Can a man live in the world if his mind is once directed to God?” [p. 648]. In answering both questions, Sri Ramakrishna referred to an episode from Valmiki’s Ramayana: “After receiving instructions from his teacher, Rama said that He would renounce the world. His father, King Dasaratha, was very worried and asked the Rishi Vasishtha Deva to go to Rama and dissuade him from his intention. 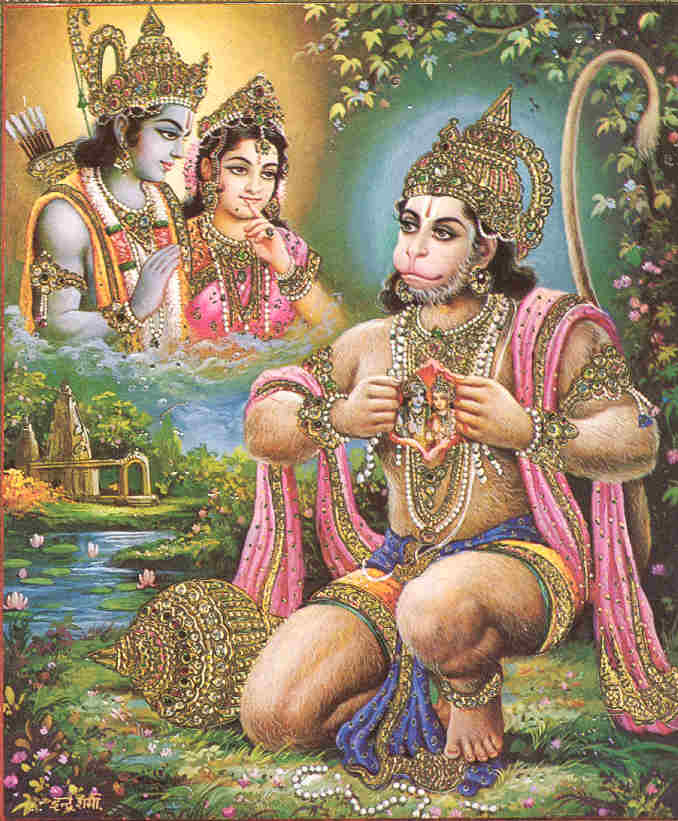 Vasishtha found Him filled with intense renunciation. He said to Rama: ‘First of all, reason with me; then You may leave the world. May I ask you: Is this world outside of God? If that is so, then you may give it up.’ Rama found that it is God alone who has become the universe and all its living beings. And everything appears real on account of God’s reality behind it. Then Rama became silent.”

“Live in the world, but be detached.” Such was the instruction Sri Ramakrishna gave to the householders among his disciples.

The podcast “Not of the world”, put online by Maarten Dallinga in October / November 2022, contains an empathetic, journalistic report about the life and beliefs of the so-called Refos. A strict, to very strict Orthodox Reformed community in the Dutch ‘bible belt’, for whom ‘Live in the world, but be not of this world’ is the supporting principle. 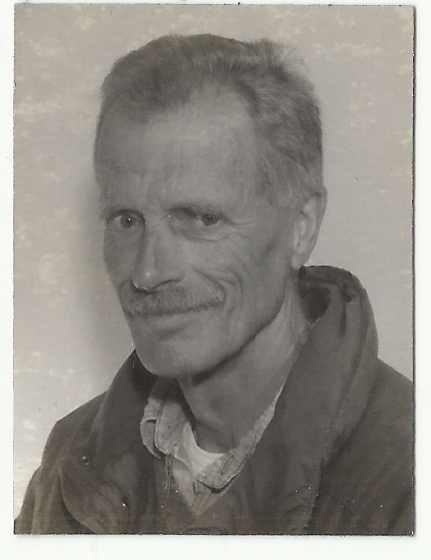 Kees Boukema has been a student of Vedanta and other philosophical systems for decades. He has contributed variously to the field of higher thinking. He has written numerous articles on philosophical subjects, reviewed books, and has translated important articles and books. Mr Kees Boukema’s most recent work is the translation into Dutch of the book The Practice of Meditation.