THE PEDAGOGICAL STRENGTH OF THE UNEXPECTED

The gaucho [Brasilian] comedian Jair Kobe, long known for his character “Guri de Uruguayiana”, never tired of emphasizing that, in terms of the artist in action, the path to responsible jam is that of the most careful preparation. It may seem contradictory that the spontaneity of certain artistic performance, from the unforeseen circumstances of the heat of the hour, will result precisely from a rigorously rehearsed, pre-established script, with the intuition of effort and discipline rooted line. But this combination may be an antidote salute to the poetic sense of Paulo de Tarsus’ perception, without, of course, his specifically theological attributes. If the “law” of works kills, since the meritorious effort of whose practice will always be insufficient, the “spirit” of grace, free of initiative and blowing wherever it wants, lives on. It is as if artistic inspiration has to emerge even from the breath of muses who live in a sphere other than that of the active subjectivity. However, it is the mask of Greek and Roman actors that enables them to the instrumental condition of “per sonare” (“sound through”), like a resonance box, allowing their voices to be well heard by the audience of onlookers. [It is also important to consider that “person” literally means mask. But, in this case, it is not a literal mask. The ancients cared much more about the “social masks” than we human beings, perhaps without exception, wore. It is, therefore, a mask we are not born with, but which, by taking shape in interaction with others, becomes, in a way, our second nature, whether we are conscious of it or not. ]

I set up this introductory tour as a sort of framework to refer to, indeed, classroom pedagogical experience, especially when that experience is woven with four hands. Whenever two teachers act together in the same educational space, a genuine challenge that undoubtedly presents itself to both is to organically derive the pedagogical experience of that interaction that is wanted dynamic. It easily gives in, here, to the temptation of establishing two performances that unfold as unconnected voices, just-posted without articulation, even though they are irradiably distinct voices. The question, therefore, is to compose a pedagogically polyphonic expression that considers, with care and care, the richness of the new that springs from the unexpected. Hence the power of jamming in the classroom environment.

Personally, this experience enriched me in an optical discipline that I recently developed together with Gerson Egas Severo, that of “Decolonial Readings and Philosophies. But the focus, now, is on an episode that has been diverted from the experience of ministering, with Gérson Fraga, the discipline of Conclusion of Course I, and that seemed to me very representative of what I want to deal with.

In a specific meeting, Gérson Fraga began the class with the reading of an excerpt, like an epigraph, from the classic work that he read in his life as a reader, namely, “The Plague”, by Albert Camus. Transcribe, in its entirety, the emblematic passage: “(… ) the narrator, who will reveal himself in due time, would not have the means to launch himself in such an venture if chance had not put him in a condition to collect a certain number of testimonies and if the force of circumstances had not get involved in everything that intends narrate. That’s what allows him to act as a historian. Of course, a historian, even if only an amateur, always has documents. The narrator of this story, therefore, has his own: first, his testimony; then that of others, since by his role he was led to collect the confessions of all the characters in this chronicle; and finally, the texts that end ram falling into your hands. Intend to serve them when you find them useful and use them as you approve. Propose yourself yet… But maybe it’s time to ditch the comments and language restrictions and move on to the point. The report of the first days requires some minutes. ”

That last sentence in the excerpt caught my eye, and I was irresistibly reminded of the words of the great historian Marc Bloch in his intellectual will, “Apology of history.” Fortunately, I was able to pronounce these words shortly after the initial reading by Gérson Fraga. In the excerpt in question, Bloch refers to the danger of the “idol of origins,” that embryogenic obsession that blindly leads the historian to provide, from the study of the origins, a criterion for the value of the own historical processes that are at investigate. The threat lurking consists in projecting “a posteriori” the plot unfolds, both in the plot and in the end, about the beginning of the first act. Bloch states: “The oak is born from the gland. But the oak becomes and remains only by finding favorable environmental conditions, which do not result from embryology. “It was tempting, for me, to remember here also of the Roman notion according to which historical personalities with supposedly divine destinations would be endowed, at birth, by extraordinary signs, the “omina”, ingredients that would announce their fu prestigious tour. I therefore bring a paradigmatic example. Among so many literary and discursive expressions that Western Antiquity bequeathed to us, Virgil, in the epic “Aneida”, sedimented the foundations of the legitimizing greatness of Rome. The Latino poet claimed that, from his birth, Roman civilization, protected by the gods, announced to the known world its future simply out of the ordinary. But traces of the sense of Roman “omina” are also interviews in a role of miraculous events that crossed the lives of heroic characters—as Joseph Campbell’s sense—from other ancient worlds of life, such as Sargon of Acades, Moses , Buddha, Jesus, among so many others In the philosophical evening, Aristotle, with his metaphysical notions of act and power, also seems to echo the same principle. If the act is the actual manifestation of the being, that which he already is [i.e. the seed, in act, is a seed], power is the ability to be what it is not yet, but which may come to be [that is, the same seed is, in potency, the tree]. 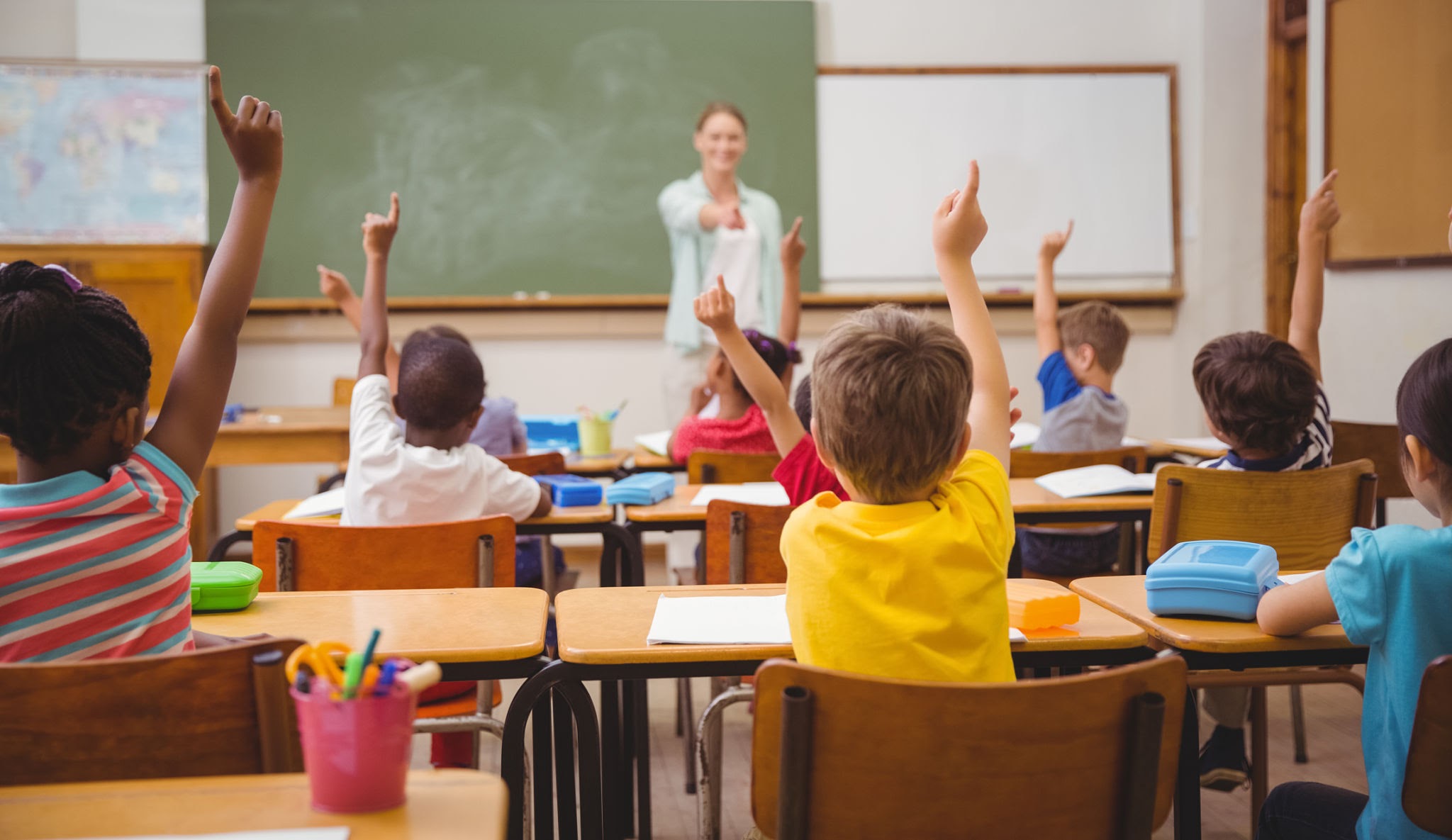 And, here, I conclude on what, at the singular moment of that class, resonated as one of the foundations of the very nature of historical research in the forms of a research, whether a graduation course completion work or any inquiry in the epistemological field. I mean what is not advertised or is even omitted from the foundational discourse, either consciously or not. It is therefore to consider that historical processes are not the outburst of inexorable, linear and triumphalistic roots, and that, in Benjaminian perception, the possibilities at play are virtually imbued by the conjunctural variables of the callo r of the moment, or, if you prefer, the “environment” to which Marc Bloch refers, contrary to what they want us to believe the pre-established narrative that lacks resistance to the unexpected.

In a way, here, historical investigation will be both more sensitive and more attentive to the ever-dynamic conjugation between structural elements already contained by the movement of human experiments, previously considered, and the complex i nteration of variables not found preset “The account of the early days requires [ethically] a certain minute. ”

I can’t help but consider that, as stated above, the same is true in the pedagogical environment and even with the social masks that we wear apart from the “omination” of our births. It is that the mysterious algebra of life and the world, with the mishaps of the course and the bluntness of the trajectory, paraphrasing Fernando Pessoa, resists indifferently the obsession of the preachers of the origins while chronicles of deaths announced.

Professor Paulo Bittencourt is a brilliant teacher of Ancient and Medieval History at the Universidade Federal da Fronteira Sul UFFS [Erechim Campus], Brazil. He contributes articles regularly, and is a columnist of a periodical too. He has several books to his credit. He is an ardent student of Vedanta.