Throughout history we may meet with instances of the poisonous effect on the human mind of ideas without work. The struggle with material conditions is eternally necessary to the upward growth of the Spirit.

When karma has been exhausted, and the moment of enlightenment is at hand, this condition also must be held to have been transcended. But as things are, there are very very few of the human race on the earth at any one time for whom it is not essential that the whole strength should be thrown into concrete effort, into concentrated struggle, with the world about them. 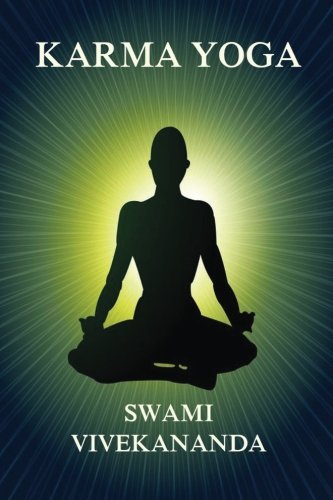 Work then is as necessary to the growth of the soul as is the Vedanta, or the Guru. Perhaps more so. For when a certain point has been reached, are we not taught that these others come to us? But work is at all times within our own power. The bhakta practises the ceremonies of worship. Work is the puja which a man offers to that Great Power which is manifested as nature, the Mother, the Adi Shakti.

The idea, thought of as mere words, leads irretrievably to scholasticism and verbiage. Most serious of intellectual vices is a hair-splitting metaphysic. This may indicate the potentiality, but it can never be an actual manifestation of the power, of a mind. Left to run its own course, it proves the beginning of mental and moral disintegration. It has to be corrected and restrained, step by step, by the conscientious endeavour for the practical realisation of ideas and ideals.

The world has known many great ages of faith. They have not, for the most part, been ages of inaction. The thirteenth century in Europe tended too much, it is true, to argument; but it was also the century of the building of splendid churches. Most of the finest of the cathedrals took their birth then.  Similarly in India we are apt to overlook these truly great ages because they are not marked by the flames of war or the crash of falling dynasties. But the ages of faith are in truth the constructive ages, the ages of growth, of arts and industries, of the spread of education and the crafts. Great faith is above all things the concomitant and support of mighty action.

Again the trumpet-blast of truth has been sounded in our midst. Once more is our country waking up to that renewed apprehension of her religious wealth, which has been the forerunner of every great impulse known to our history. In Vivekananda we have a reformulation of the Vedas and Upanishads, suited not only by its quality to meet the needs even of modern incredulity, but  also universal enough in its appeal to be capable of opening the treasures of our literature to foreign peoples. The time may seem to us slow in coming, but it will assuredly arrive, when the influx of Indian thought upon the modern consciousness will seem to historians and critics the great event of these passing centuries.

Meanwhile, what of us? Are we to give the rich stores of our past, are we to enrich the world, and remain ourselves poverty-stricken and bare? If not, how shall we escape? If not, what must our course be? Our course must be Realisation Through Work. To the metaphysics of our theology has already succeeded the race-course of modern science. We have to throw ourselves upon this, and win our underdone there. This is the task of our race in the world—to prove the authenticity and grandeur of the ancient Indian wisdom, by proving the soundness and genuineness of the Indian mind itself, in that sphere of inquiry which the Time-Spirit has now opened up to all nations alike.

Amongst ourselves, however, there is another, and equally arduous duty. We have to share our knowledge as we gain it. This is the Sadhana that will make our reading real. This is the practice that will turn it from mere words into actual knowledge This is the struggle, sanative, concentrated, all-absorbing, that will give us new spiritual muscle, and add wings to our feet.